As part of Sea Tech Week 2022, BDI organised three events dedicated to renewable energies and the decarbonisation of maritime transport. During conferences and round tables, the players in the hydrocarbon, hydrogen and wind propulsion sectors presented the results of their work and projections for the coming years in terms of low-carbon solutions.

Brittany, a leader in Wind Propulsion

Organised by BDI, Wind Ship and IWSA, the day dedicated to Wind Propulsion of ships during Sea Tech Week 2022, provided an opportunity to take stock of the development of sustainable navigation. Plenary sessions, workshops, project presentations and feedback provided the rhythm of this very rich day.

The main players in wind propulsion were present: shipowners, technology suppliers, engineers, researchers, experts, but also numerous schools. The day had an international dimension with many nationalities represented in the exchanges on regional initiatives and international developments. India, the guest country of Sea Tech Week 2022, took the lead.

One of the main lessons learned from the day is that the decarbonisation of maritime transport by wind propulsion is underway, both in Brittany and around the world.

Our latest study on the subject shows that 65 Breton companies are already working in this sector and that 95 others will be positioning themselves in the short or medium term.

This is the case of Windcoop. Based in Lorient, this cooperative wishes to develop a fleet of low-carbon ships to meet the challenges of international transport. It already operates container ships under sail, propelled mainly by wind energy, which is inexhaustible, clean and free.

These innovative vessels contribute to the development of cleaner transport. The construction of their first sailing cargo ship is planned for 2023.

Daniel Cueff, Vice-President of the Région for the Sea and the Coast, was present at the event and indicated the course to be followed by Brittany in the years to come: a pu indiquer le cap à tenir pour la Bretagne pour les années à venir : « We must be the pioneers of this sector. A sector that responds to the will of the Region of Brittany to include the territory in the ecological transition and its roadmap “decarbonised mobilities” » In conclusion, he reminds us that « it is also everyone’s responsibility to reduce the carbon impact of transport through more responsible and local purchases ».

Thanks to feedback from hydrogen players, a link was established between the decarbonisation of the naval industry and the development of the renewable hydrogen sector. The dedicated conference was an opportunity to present several feedbacks. “Concrete projects were presented during this round table, says Philippe des Robert, head of the renewable hydrogen mission at BDI. The impact on the local economy was also demonstrated, as two companies in the sector were present during these discussions.”

Yannick Bian, Managing Director of Chantier naval Bretagne Sud, highlighted the progress made in the construction of hydrogen boats and ships, for example for oyster farmers. Olivier Ticos, CEO of the Alca Torda design office, specialising in the integration of propulsion solutions, presented the HYLIAS project. Launched in March 2020, it should enable the commissioning, by 2024, of a passenger boat powered by hydrogen-electric technologies. With a capacity of 150 to 200 people, it will sail in the waters of the Gulf of Morbihan.

Finally, Adrien Guillaume, in charge of the Energy Transition of Mobilities mission within Lorient Agglomeration, presented the hydrogen ecosystem established in Lorient and its surroundings.

Sea Tech Week 2022 was an opportunity to review the state of the tidal turbine industry in Europe during a conference organised by the Interreg TIGER project.

In the presence of Thomas Archinard, project manager at Morbihan Energies, Raphaël Coquet, deputy director of Hydroquest, and Steve Allsop, engineer at Simec Atlantis, “the Europe day brought a new reading of the tidal turbine sector, points out Hélène Morin, head of the Europe division at BDI. Today, we are in the presence of a European energy market that requires the development of the tidal stream sector, in addition to other renewable energies. For example, offshore wind power. This is in order to meet the European objective of 40% of renewable energy by 2030 (today in France, renewable energy represents 20% of the energy mix). The sector is still under construction with markets arriving. But it is becoming mature and increasingly competitive, not because of a reduction in production costs, but because energy market prices are rising.”

As part of the TIGER project, the players in the sector are continuing to develop and optimize their machines. 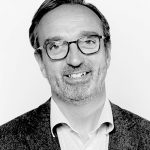 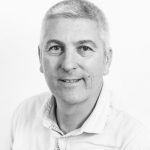 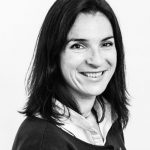