The last Bretagne Hydrogène Renouvelable meeting of the year took place on Tuesday 6 December in Saint-Malo. Focused on the themes of port ecosystems and hydrogen powered ships, the day enabled BDI to present, amongst other things, the results of a strategic study on the structuring of the regional hydrogen ship sector.

Context of the study

Launched in May 2022, this study responds to one of the priorities set by the Brittany Region’s roadmap for the deployment of renewable hydrogen: decarbonising maritime transport off the coast of Brittany thanks to this energy solution.

BDI is responsible for the implementation and coordination of this roadmap and has led the hydrogen ship survey. Alca Torda, an engineering and consulting firm with expertise in hydrogen and fuel cells and in the integration of onboard hydrogen systems, carried out the study.

Other international maritime territories, such as Japan, Korea and Norway, and national territories, such as Normandy and the Pays de la Loire, are already positioned on the decarbonisation of their maritime fleet via hydrogen. “In this competitive context, the study focuses on the segments that the Breton industrial ecosystem can capture”, indicates Anthony Dobaire, research officer at BDI, who led the study.

Presented to an audience of elected officials and Breton players involved in projects in Brittany, the study aimed to

Four lines of thought were thus crossed and put into perspective:

From the point of view of developing the hydrogen ship industry on its own scale, the Brittany Region can rely on a solid foundation. It can rely on an ecosystem that is a forerunner in the field of hydrogen, as evidenced by the many projects on the drawing board, and on forces that have historically been present in the field of shipbuilding. “Brittany has a leadership position in hydrogen ships on a national level.”

Discover the map of renewable hydrogen projects in Brittany

Moreover, with its 15 ships and 22 ports, making it the second largest public shipowner in France, the Brittany Region is positioned as one of the major players in the maritime transport activity. This status gives it the opportunity to boost the activity of this new hydrogen ship sector and to bring the economic value back to the region. Even though the first hydrogen powered ships are still being built in other countries.

Short island-mainland routes as first use and training needs

The study reveals that commercial vessels assigned to short links between the islands and the mainland are the most suitable to be equipped with electro-hydrogen engines. Like the Hylias ship, which the Brittany Region is going to equip to serve the islands of the Gulf of Morbihan. “As well as port vessels, small-scale fishing vessels and shellfish farming vessels,” explains Anthony Dobaire.

At present, more than 700 vessels in the Breton fleet can receive this technology:

In terms of infrastructures, Brittany is equipped with good-sized shipyards for the construction of hydrogen powered vessels. However, the industrial transformation will necessarily involve training actions to negotiate the shift from mechanical to hydrogen value chain (integration, maintenance, safety…).

At the heart of the transition: the choice and cost of technology

According to the projects (national and international) observed in the study, the most widely installed technology on board the various vessels is that of the Proton Exchange Membrane Fuel Cell (PEMFC). As for on-board hydrogen storage, 350 bar storage systems have been the most widely used to date.

In this start-up phase, the costs are still very high and represent an investment 3 to 4 times higher than the construction of a ship of the same size for the same service. To this must be added the production and distribution infrastructure to be put in place with the new electro-hydrogen ship project.

However, if the investment for the hydrogen infrastructure represents an essential entry ticket for the accession of the territory to this new decarbonised energy, the reproduction of a ship of equivalent model would represent only 20% of its equivalent with conventional motorization.

The study also indicates the need to maintain a rigorous watch on the evolution of technologies and the associated operating and production costs.

The study made it possible to identify precisely the Breton shipbuilding players capable of accessing Hydrogen technologies and to position them in a specific value chain. Alca Torda and BDI crossed the “Shipbuilding” and “Hydrogen” databases, with the assistance of Bretagne Pôle Naval.

This work led to the identification of two categories of actors

BDI has also led a study on the inventory of aid to which project leaders in the design and construction of hydrogen-powered ships can claim.

This table lists the funding available to project leaders.

The table is evolving. Numerous grants may be available in the future but are not indicated for the moment.

The winners of the Region’s call for projects unveiled

At the beginning of the year, Brittany launched a call for projects for the “Energy Transitions of the Breton Fishing and Aquaculture Industries”. During the day, Daniel Cueff, Vice-President of the Region of Brittany in charge of the sea and coastline, announced the winners of this call for projects.

The first project selected, “Pilothy”, is led by the company Barillec, on behalf of a consortium composed, among others, of members of the Interprofession of the port of Concarneau. Its objective is to study the feasibility of integrating an H2 fuel cell on board an existing fishing vessel.

The second project is supported by the Côtes-d’Armor Chamber of Commerce and Industry. ESTEBAM involves a consortium consisting of a shipyard, a company specialising in the integration of electro-hydrogen motorisation systems on board ships, an architectural firm and CRC Bretagne Nord. It consists of analysing the various conditions (technical, regulatory, normative and economic) for the conversion of an existing shellfish amphibious barge to hydrogen. “Brittany is giving itself the means to be a driving force in the energy transition of our fisheries, said Daniel Cueff. It is not a simple purchasing centre. The region is really proactive on the subject of decarbonisation of maritime transport.”

Read the press release below: 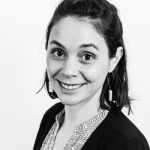 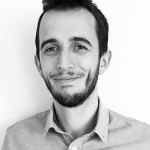